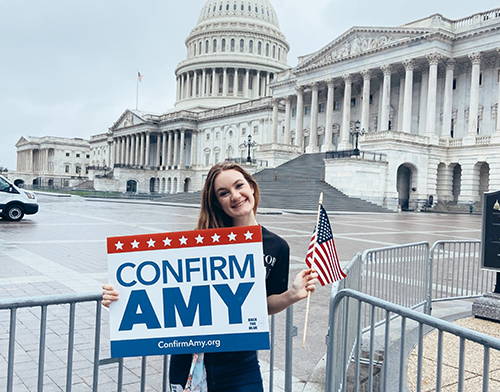 On Monday, October 12, 2020, I had the privilege of being in Washington D.C. for the first day

of confirmation hearings for Judge Amy Coney Barrett. Alongside Concerned Women for

America and my chapter of Young Women for America at Clemson University, I stood on the

sidelines of history cheering for someone I believe will be our next great justice. My intent in

It was an indelible experience to stand outside the Capitol and Supreme Court, surrounded by

men and women of different ages, races, and backgrounds, praying for Judge Barrett, the

Judiciary Committee, and every leader of our country. In her opening statement on Monday,

Barrett said “I believe in the power of prayer, and it has been uplifting to hear that so many

people are praying for me.”

qualified, she is a constitutionalist, and she represents a degree of femininity that sets a new

precedent for female leaders around the world. The late Justice Ruth Bader Ginsburg was an icon

and a trailblazer. As Judge Barrett herself said: “I have been nominated to fill Justice Ginsburg’s

seat, but no one will ever take her place.” Judge Amy Coney Barrett is and will be a pioneer for

women in her own right.

History remembers our female pioneers in America well. First and second-waves of feminism

opened doors for women I am thankful for today. But somewhere along the line in the purveying

ideology of women’s rights, we have forgotten that women can be both devoted wives and

Christians and also be independently-minded.

Most tellingly, personal attacks on Judge Barrett have concerned her family life and religion. In a

Barrett’s attentiveness as a mother to seven children given her career credentials. In another

critique, Barrett’s Catholic views on marriage deem her unfit. Or how about the baseless

confirmation: “The dogma lives loudly within you.”

because she is truth personified. Everyday, our culture feeds women the lie that they can’t have it

all: a Biblical marriage is antiquated and oppressive; you sacrifice such a marriage for

individualism; you sacrifice children for achievement. If you are a woman, you vote Democrat.

If you are comfortable perpetuating the patriarchy, you vote Republican. I have been told by

leftist men I’m not pro-woman. Last week, I, along with my Young Women for America group,

were called Stepford wives for our support of Amy Coney Barrett. On my college campus a few

weeks ago, I was told by another female that I am marginalized and oppressed by virtue of being

a woman in a conservative man’s world.

These lies are wrapped in glamor and charm and labeled “female empowerment.” In January,

across the country are watching as Amy Coney Barrett shatters that lie. She doesn’t need talking

points to spin a tale of female empowerment: she lives it out.

Conservative women are told we have no place in the progressive politics of 2020. Our belief

systems are remnants of bygone eras, reducing women to the dregs of subservience. Yet a

faith-filled, mother of seven is currently being considered for the highest court. This nonsense

has no legs to stand on when a woman like Amy Coney Barrett steps into the light. 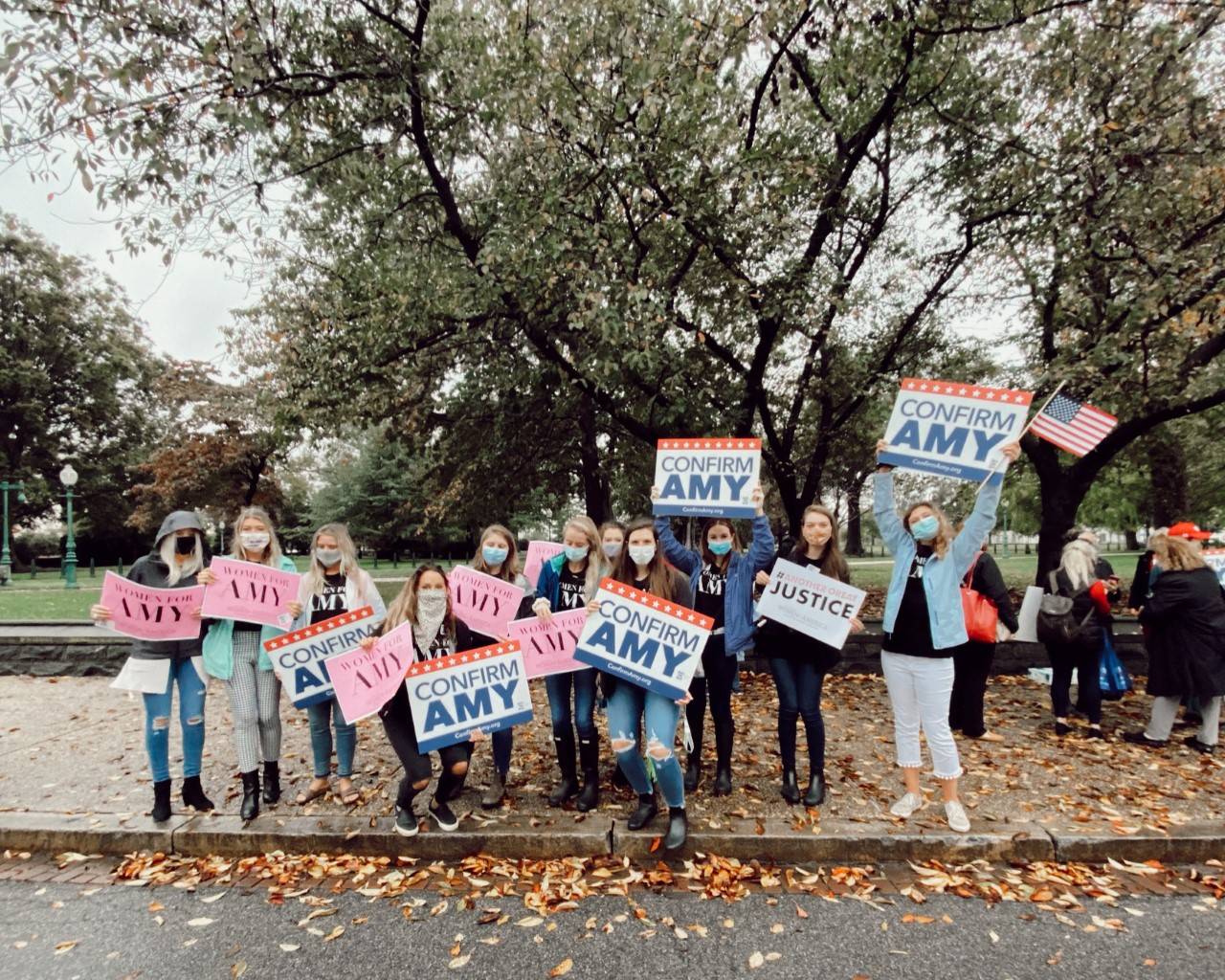 As Sen. Lindsey Graham said in the confirmation hearing on Wednesday: “This hearing to me is

an opportunity to not punch through a glass ceiling, but a reinforced concrete barrier. You’re

of the world that there’s a seat at the table for them.”

should indeed vote in their self-interest. Williams said “It’s what men have been doing for

race, which ensured Eisenhower the presidency. Conversely, in his dissent of Roe, Justice Byron

White stated that whether or not he personally agreed with pro-choice values, specifically of

“convenience of the pregnant mother” over the development of a fetus, he could find “no

constitutional warrant for imposing such an order…”

There was not a single female justice who voted on Roe. A majority of Republican-nominated

justices consented to pro-choice values. The decision of Roe v. Wade is on the table during the

confirmation hearings for Amy Coney Barrett, but the contention is not a question concerning

the patriarchy and it’s not merely a dispute of Republicans versus Democrats. It is a question of

jurisprudential versus political considerations in our justices. A Republican-appointed nominee

does not threaten Roe v. Wade. A Constitutional originalist does.

Should Roe v. Wade be overturned, access to abortion would not disappear. The decision would

return to the hands of elected representatives. If the Supreme Court is to remain “the least

dangerous branch,” as Alexander Hamilton so famously put it, the Senate must confirm judges

who will consider cases with jurisprudence, not politics. Amy Coney Barrett will help ensure the

Supreme Court carries out its duty to preserve our constitutional government.

If pro-choicers are so sure abortion is indisputably a women’s rights issue, then surely women

will flood the ballot boxes to declare their values. I certainly will: I am indebted to the women

who fought for my right to vote, and I intend to vote every time I have the privilege. I also

generations of women. It is within my self-interest to take a stand for that belief. If that makes

me a handmaiden, Stepford wife, or product of the patriarchy, I will take my queues from Amy

Coney Barrett and make no apologies.

I also invite any woman who disagrees with me to take a stand for her values. Being truly

herself. And religious values, like the ones our next great justice holds, do not disqualify any 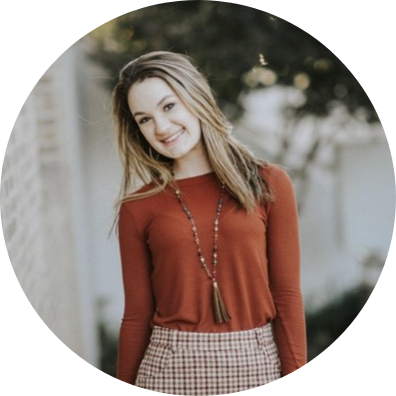 Emily Cope is from Atlanta, Georgia and is currently a student at Clemson University. She will graduate with a B.A. in Communication and is participating in the Clemson Institute for the Study of Capitalism's Lyceum Scholars Program. Emily has a penchant for politics and a love for Christ. She is passionate about defending the principles that ground American freedom to understand how they should impact policy today. One Woman's Story Of Abortion Everything You Need to Know About the Final Presidential Debate

23 Oct, 2020
Back to Chic Politico Articles
Use left/right arrows to navigate the slideshow or swipe left/right if using a mobile device