Everything You Need to Know About the Final Presidential Debate 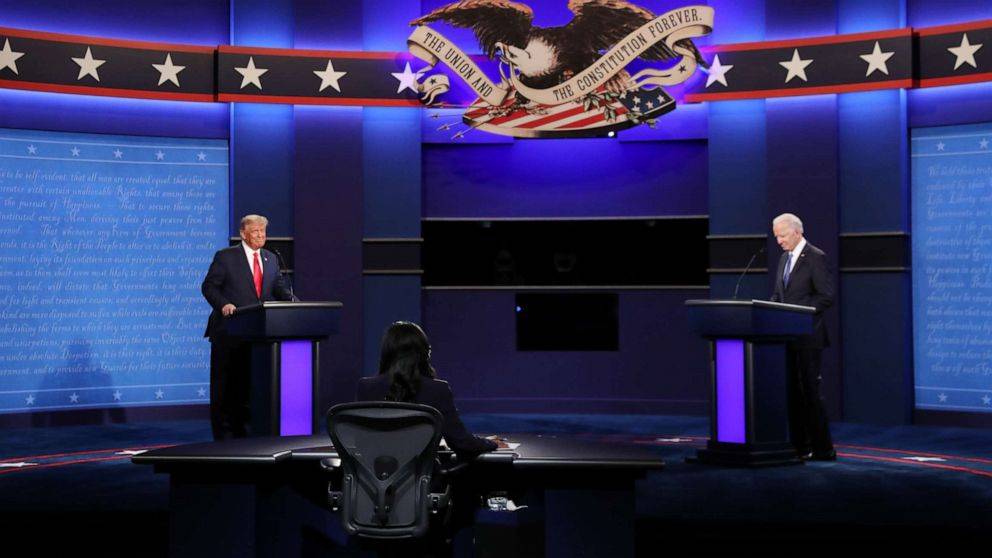 It all comes down to this. The final debate before the election in now 11 days. Due to the chaos that erupted in the first debate, one major change that was added was muting of the mics. In all honesty, I think this was valid. And it definitely played to Trump’s benefit. He sadly did not perform very well in the first debate, and I think this regulation was a good thing. After the cancellation of the second debate due to covid concerns, this final debate had even higher stakes. I turned by TV on about 30 minutes before the debate started and watched a pre-debate broadcast which was EXTREMELY biased against President Trump. The news anchors discussing the topics to come continually praised Joe Biden and disgraced our President. So that was fun. I did have some concerns as well about the moderator, Kristen Welker. She works for NBC, which tends to be a left-leaning media outlet, so I was anticipating a repeat of the Chris Wallace nightmare. However, with the exception of a few instances, I think she did a very good job and remained neutral. Now onto the actual debate.

Of course, the first topic was the coronavirus. This kind of frustrated me because this was already discussed in the first debate. I’m not quite sure why the debate committee chose to repeat this topic instead of including more significant ones like foreign relations or the sex trafficking crisis, but maybe that’s just because this is the only chance Biden and Harris have a chance of winning. Welker first asked Trump about the handling of the virus. He responded with the positives of what his administration has done so far and what they will continue to do. President Trump promised that a vaccine is on the way and the American military is going to aid in the distribution. Biden rebutted focusing on only the negatives of what Trump has done so far. He also said that if he was elected next month he would push mask mandates even further, which feels unconstitutional if you ask me. Biden then criticized Trump’s handling of the shutdown and urged the reopening (which the President has been trying to do, but has been roadblocked by the democrats). After an almost thirty minute discussion on this topic that had been debated to death, Welker moved on.

This topic was taken in an interesting direction. Welker focused mainly on foreign interference in the election, and surprisingly enough, the controversy surrounding Hunter Biden and his foreign relations. She turned to former VP Biden first and asked for his opinion on foreign interference. He, to no surprise, said that there is most definitely interference in Trump’s favor and the President is doing nothing about it. He also demanded Trump release his tax statements. The President responded by saying that first of all Russia and Iran want him to lose the election and secondly he prepaid his taxes and those statements will be released soon. He then made a few snide remarks about the Hunter Biden allegations, but didn’t outright say anything until Welker deliberately asked about it. In response to that question, Biden just played dumb. There were also some random comments in regards to North Korea, to which Trump says his administration could handle that relationship better and Biden said the same. So who knows.

This topic also didn’t go the way I anticipated. Trump talked a lot about how pretty much everything he has done was overturning what the Obama administration implemented. He’s changed ObamaCare significantly and ultimately wants to terminate it. He also overturned the individual mandate, which basically requires health insurance. Trump also made it abundantly clear that he will ALWAYS protect individuals with preexisting conditions. Biden said he wants to build on ObamaCare and call it “BidenCare”. This will reduce competition among healthcare providers, which he claims is not a socialist act, but it kind of is… the reason capitalism is successful is BECAUSE of competition. The “BidenCare” plan will cost $750 billion. Where will this money come from? Us. The taxpayers. Moving on. There was a short discussion on the minimum wage. Trump said that this issue should be a state decision, not a federal one. Biden disagreed and wants to raise the federal minimum wage from its current $7.25/hour to $15. While this may seem like a good idea, it will ultimately result in an increase of other products. For example, your $7 Chick-fil-a sandwich is now going to be $15 in order to compensate for the increased wages they now have to pay their employees.

The fourth topic was immigration. This was a relatively brief debate, where Trump said he wants to do all he can for LEGAL immigrants and blames the Obama administration for building the cages and the catch-and-release process. Biden replied by saying he wants to make the process for citizenship easier, he won’t separate families at the border, and he was only the Vice President, so he cannot be blamed for the things Obama did.

This was another lengthy debate. Biden began by saying that race in our nation is institutionalized. This was a little bit of an err on his part, because he has been a part of this “institution” for the last 47 years. He repeatedly called Trump a racist and ridiculed his handling of the race issues going on. Trump replied by saying he has done the most for Black America since Lincoln, where the biggest meme of the debate came out, when Biden refuted and called Trump Lincoln. Biden plans to spend $20 billion to eliminate jail time for drug offenses and encourage rehabilitation instead, which isn’t an inherently bad idea, but again, where is the money coming from? Trump listed programs he has endorsed, like Tim Scott’s Opportunity Zones, and said the only reason he hasn’t done even more is because he was being roadblocked by the House democrats. Surprisingly, this section ended with no mention of white supremacy, which took up most of this section in the first debate.

The final topic. Again, I feel as though more significant topics could be discussed in place of this, but oh well, Biden has to get votes from somewhere. Trump stated that his administration has the lowest carbon emissions in the last 35 years. America has some of the cleanest air in comparison to other nations of our status. Biden wants to spend billions of dollars implementing a version on AOC’s “green new deal”. He plans to retrofit buildings, install charging stations on highways, among other costly things. He also denied that he has ever said he would end fracking, which is a lie. Just go look at President Trump’s instagram page for a highlight reel of all the times Biden did say he would eliminate fracking. Both pledge to create more jobs with their plans.

Welker ended by asking both candidates how they would respond and unite the country if they were elected. Trump pledged to unite our nation in success and pledged to continue to cut taxes. Biden said he would end racism and instill clean energy practices in our economy.

All in all, I truly believe President Trump won this debate. I know I am biased, but he did a good job of stating the truth and also managed to catch Biden in a couple of lies. I think Biden really messed up in his fracking statement as well as denying the situation with his son. Although it is late and most voters have made up their minds, I feel that this debate may have tipped the election into Trump’s favor. 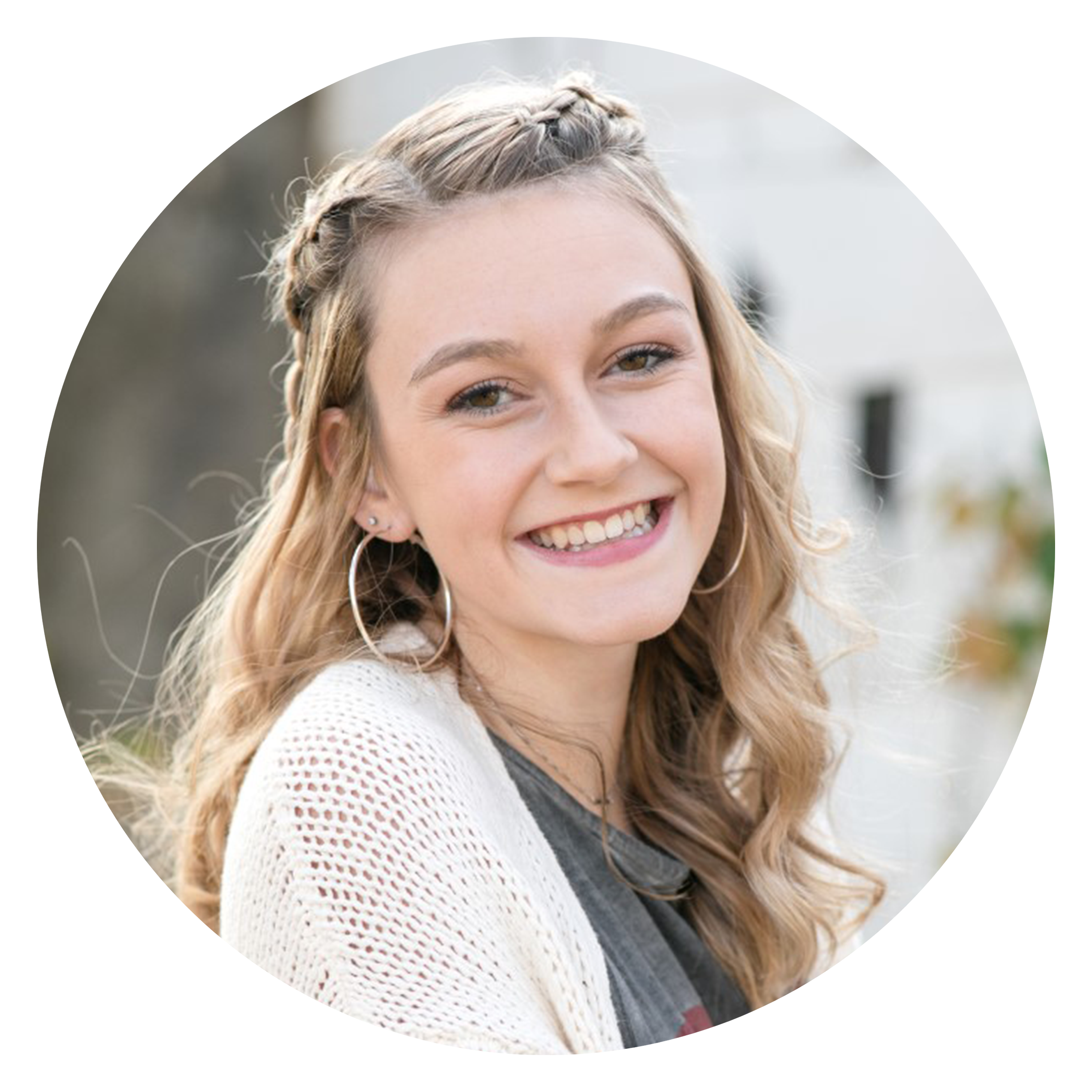 Maddie is a freshman at the University of South Carolina studying psychology. She is involved in College Republicans and the Network of Enlightened Women (NeW) on campus! She has been interested in politics for a long time and she says her faith plays a big part in why she is a conservative!